RUIDO Photo tells the story of Jankey Jassey, the story of overcoming obstacles and fighting against gender roles imposed in communities. After suspending the entrance exam to university, Jankey went to Fandema's technical school for women, where she became a solar panel installer. Now, she studies electronic engineering and is an example for other young girls.

"The girl who wanted to challenge the sun" was published in La Vanguardia. 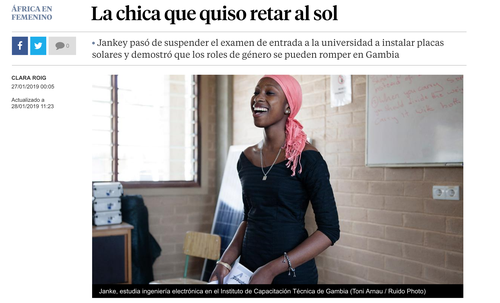